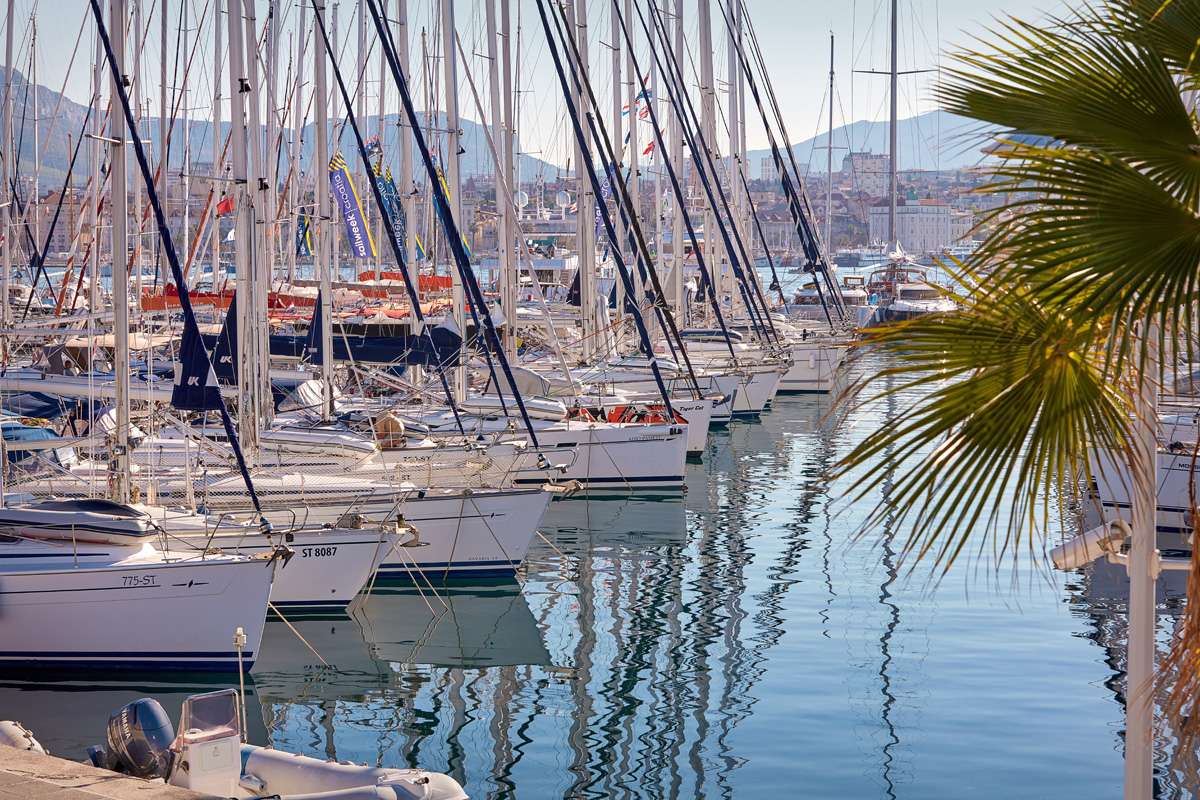 In the most beautiful part of the city’s port, north of the Sustipan peninsula, lies ACI Marina Split. It is open all year round, its long breakwater providing excellent protection from rough seas and southerly winds that are so often mentioned in many popular local songs. Marina has 318 berths and 30 dry berths.

The city port of Split is a large ferry port, requiring extra caution when approaching. Ships leaving the port have the right of way in manoeuvring, which it is advisable not to disrupt. It is also forbidden to anchor in any part of the port, except in emergencies. When approaching the marina and the small ports to the west of it, steer closer to the head of the inside breakwater. As the area of the newly- built western waterfront has not been surveyed hydrographically, berthing there is forbidden, except when approaching the fuel station.

Split Airport (Croatian: Zračna luka Split), also known as Resnik Airport (Zračna luka Resnik), is the international airport serving the city of Split, Croatia. It is located 19 km (12 mi) from Split, on the west side of Kaštela Bay, in the town of Kaštela.

In 2019 the airport was the second busiest in Croatia after Zagreb Airport handling 3,3 million passengers. It is a major destination for leisure ﬂights during the European summer holiday season and an important focus city for Croatia Airlines that offers ﬂights to European cities such as Frankfurt, London and Paris.

We are a charter company that offers security, quality and unforgettable experience on sailing and cruising vacation. We can help you choose your cruising itinerary and advice you on harbors and marinas.

Manage Cookie Consent
To provide the best experiences, we use technologies like cookies to store and/or access device information. Consenting to these technologies will allow us to process data such as browsing behavior or unique IDs on this site. Not consenting or withdrawing consent, may adversely affect certain features and functions.
Manage options Manage services Manage vendors Read more about these purposes
View preferences
{title} {title} {title}